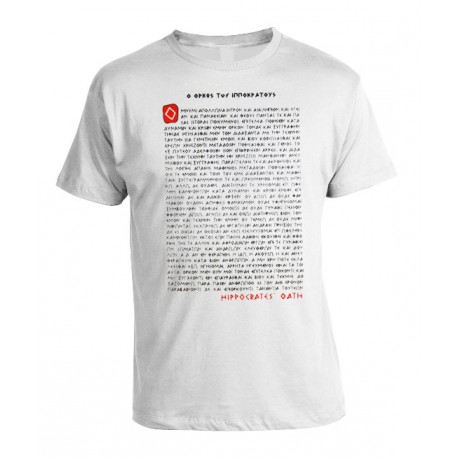 The Hippocratic Oath is an oath historically taken by physicians. It is one of the most widely known of Greek medical texts. In its original form, it requires a new physician to swear, by a number of healing gods, to uphold specific ethical standards. Of historic and traditional value, the oath is considered a rite of passage for practitioners of medicine in many countries, although nowadays various modernized versions are often used; the message delivered is still the same, "Do no Harm."

Hippocrates is often called the father of medicine, in Western culture. The original oath was written in Ionic Greek, in the late Fifth Century BCE. It is usually included in the Hippocratic Corpus.

Scholars widely believe that Hippocrates or one of his students wrote the oath between the 5th and 3rd century BCE. Alternatively, classical scholar Ludwig Edelstein proposed that the oath was written by the Pythagoreans, an idea that others questioned for lack of evidence for a school of Pythagorean medicine.